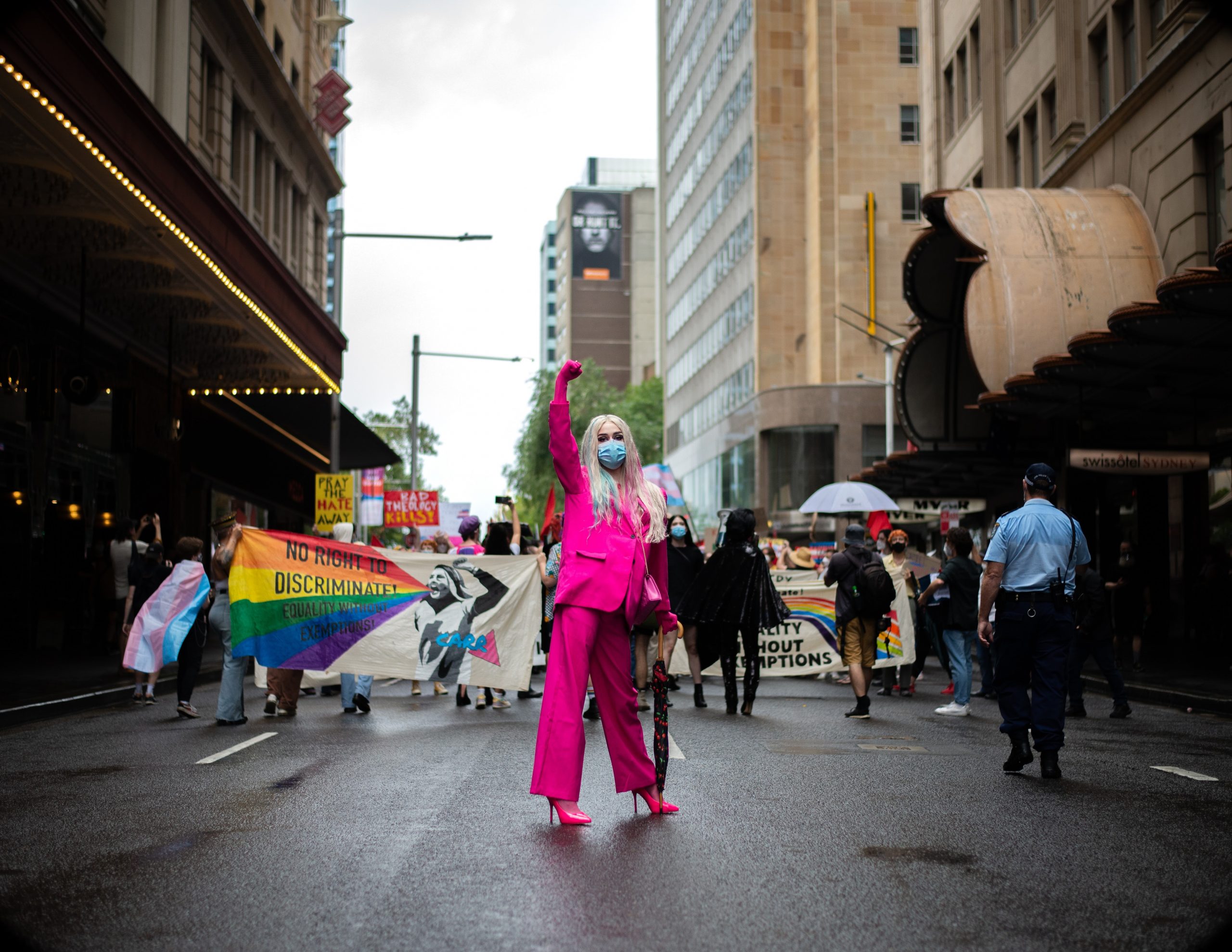 Pride is still a protest! Pride month is about raising awareness of the importance of accepting and celebrating the LGBTQIA+ community. For me, it is about progression, inclusivity & equality, but first we must acknowledge the achievements of the people before us who paved the way, starting with the Stonewall riots in June 1969.  At the forefront of the gay liberation was Marsha P Johnson, a black self-identified drag queen, and Silvia Rivera, a Latinx transgender woman. Since then, many people have marched, fought, campaigned, bled and died for our rights.

In today’s world there are many ways to keep striving for our rights and safety. Being LGBTQIA+ inclusive is a good place to start, but we need to hear LGBTQIA+ voices & experiences, we need to acknowledge the prejudices this community face on a daily basis and actively tackle them. Large corporations putting rainbows on merchandise and products is not about supporting the LGBTQIA+ community, unless their profits are being donated to appropriate services, or campaigns for equality. There are still over 45 countries in the world who oppress and criminalise homosexuality, some countries carry the death sentence. In the UK, violent crimes against the community are on the rise, and with the ’Don’t Say Gay’ Bill in the America, restricting schools from teaching about sexual orientation and gender expression, our gay liberation is under threat.

It has been 6 years since the tragic mass shooting in Orlando at Pulse nightclub, where 49 people lost their lives and 53 others were injured. Yet hate crimes against the LGBTQIA+ community are increasing. As Pride month draws to a close there have been incidents of hate crimes against the community from all around the UK, including a deadly gun rampage on Friday 25th June in Oslo killing 2 people and injuring 21 others. In the USA the extremist Christian hate preacher, Dillon Awes calls for all homosexuals to be lined up and shot in the back of the head. In the UK new policies ban trans women from elite swimming and international rugby. The world is feeling more violent and divisive.

Although the horror outlined above has to be acknowledged, there has however also been some positive progress for the LGBTQIA+ community over 2022’s Pride month. Hawaii’s governors signed 3 pro-LGBTQIA+ policies into law this month, including the protection of insurance, inclusion in jury service and most importantly, the banning of the ‘gay & trans panic’ defence, which is often used by perpetrators of violent crimes claiming they lost control after learning that someone with whom they engaged in sexual activity with was transgender. A New York library in Long Island reversed the decision to ban LGBTQIA+ books from their children’s section. The German Football Association has announced rules that would allow transgender, intersex and non-binary players to decide whether to play on men’s or women’s soccer teams.

This is why Pride still has to be a protest – we must not allow the progress we have made be taken away from us. We need to ensure there is LGBTQIA+ representation and allies in all our communities, to protect our rights and freedoms. We do not exist in a vacuum, we are your family, friends, neighbours, your doctors, lawyers, hairdressers, chefs, office workers, police, baristas, shop assistants, mail delivery people, pharmacists, teachers and nursery staff. We are everywhere, we are human and we deserve the same respect, dignity, and rights as cis, straight people. Where safe, we need be visible as a queer people, to march and campaign for our rights. I for one am proud to be a part of the LGBTQIA+ community.

Also, we are bloody fabulous and deserve to showcase our beautiful, diverse selves!